Fulfilling a long held desire to pay tribute to his hero Stan Laurel, Jeffrey Holland tells this intriguing, funny and often poignant tale of friendship, love and dedication about one of Hollywood’s great film comedians. Jeffrey stars in this one-man show about friendship, memories and a couple of remarkable lives. Set in the bedroom of a sick Oliver Hardy the show takes place during Laurel’s visit to the dying man. Recounting their past success as the comedy double act Laurel and Hardy, this is a humorous and touching look at one of the great cinematic partnerships of the last century. 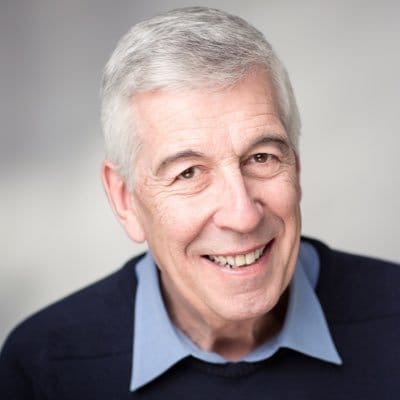 Jeffrey Holland has become a well-known face in some of the UK’s most iconic television shows including Dixon of Dock Green, Are You Being Served, Crossroads, Dad’s Army and It Ain’t Half Hot Mum. His breakthrough role was as Spike Dixon, the camp comic at the Maplin’s Holiday Camp, in Hi-de-Hi! in which he appeared with Paul Shane and Su Pollard. He was also a regular performer in Russ Abbot’s Madhouse before going on to appear once again with Paul Shane and Su Pollard in You Rang, M’Lord? and Oh, Doctor Beeching! – two hugely popular sitcoms which were also penned by David Croft and Jimmy Perry, the writers of Hi-de-Hi!

You can find out more about which cookies we are using or switch them off in settings.

This website uses cookies so that we can provide you with the best user experience possible. Cookie information is stored in your browser and performs functions such as recognising you when you return to our website and helping our team to understand which sections of the website you find most interesting and useful.

Strictly Necessary Cookie should be enabled at all times so that we can save your preferences for cookie settings.

If you disable this cookie, we will not be able to save your preferences. This means that every time you visit this website you will need to enable or disable cookies again.